The bad boy and enfante terrible of the international climbing community has been up to his old tricks. Holding a proverbial two fingers up to the fusty establishment, with their outdated purist ethics, he plans to create a modern classic mega clip up around the compressor route on Cerro Torre. This will undoubtedly be one of the finest multi-pitch sport routes in the world. In keeping with his visionary modern style he also plans to make the route accessible to the masses by the strategic placement of bolt on holds on difficult sections. In an interview in popular Austrian climbing magazine Uber Klettern David Lama said, “I want to make this beautiful mountain accessible to all. By reducing the route to a grade of F5 obligatory, F7a free I hope to give climbers of lesser ability the chance to experience this stark and beautiful summit that previously was reserve of the reactionary alpine elite.”

Conservative Patagonia regulars Colin Haley and Rolando Garibotti challenged Lama about his intentions in Bariloche, this escalated into a heated dispute, which ended with Lama telling Garibotti to “fuck off” and riding off towards Cerro Torre, on his Harley Davidson, drill in hand.

Top UK alpinist Andy Kirkpatrick defended Lamas actions, saying he Looks forward to climbing the route next season, while under the influence of the psycho-active chemical LSD. When questioned about this Kirkpatrick replied “As a man with two young children, I started to feel the risks I took in the mountains were unjustifiable. I’ve recently discovered that I can get the fear and loathing I desire in the mountains on safe lines if taking a suitable quantity of drugs en route, providing greater peace of mind for both me and my family back home.”

With visionaries like Lama and Kirkpatrick constantly pushing the boundaries of what constitutes alpinism, the future looks bright and interesting for Patagonian climbing. 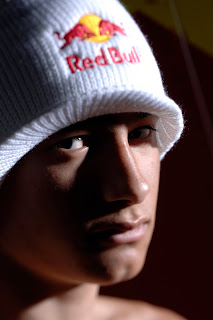 Posted by The Ultimate Climber Cool List at 09:04 No comments:

If you have an 'Attitude for altitude' you are so uncool i cannot put it into words.

Posted by The Ultimate Climber Cool List at 04:08 No comments:

Houlding Joins Mick Ryan in the Hall of Chodes

Posted by The Ultimate Climber Cool List at 13:05 No comments:

Sorry for being so slack with updates, the upcoming boxing title fight has been keeping me busy,

Cool this week is Rich Simpsons for getting fuckloads of sponsorships and sticking it to The Man. Whats with every photo he releases having him doing a mono in it though? pretty uncool.

Jack Geldard this week tried to tell the masses that bouldering is cool (karabiners on chalkbags are not cool, and brushing holds is apparently). Snapping off welsh limestone holds is definitely cooler than brusing though.
Posted by The Ultimate Climber Cool List at 04:04 No comments:

Our friend Bob has been tearing up the bouldering scene in North Wales. Literally, having removed the 'wobbly jug' from the roof of Parisella's cave.

Kudos for wrecking the cave after his southern bolting spree.
Posted by The Ultimate Climber Cool List at 14:30 No comments:

Pearson Slips off the Radar of Uncool

After overgrading, being soppy and obcene levels of sponsorship you'd think Pearson's 'come back' over on UKC would have been dignified. O dear..... 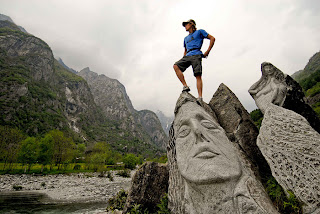 "As fun as it is, excelling at drinking beer and dancing to techno don't carry as much respect as they once did. Shame really, as we would probably still be undefeated champions ;)"


And this in a week when disaster strikes the cream of the UK climbing community:
http://climbingworks.com/blog/2010/11/25/#Climbing_Works_Birthday_Party__Help_Needed
Posted by The Ultimate Climber Cool List at 03:57 1 comment: 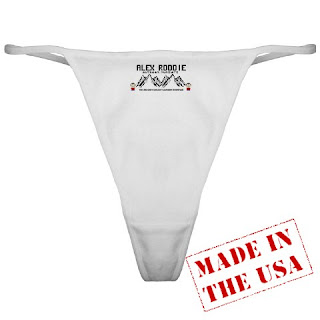 Mr.Cool himself, Alex Roddie, now has his own range of fetching garments. You can display your support for his retro-progressive ethos with a range of T-shirts, hoodies or underwear. There's even stuff for your pets.

Check it out!
Posted by The Ultimate Climber Cool List at 17:26 2 comments:

Who would you trust your children least with?

Search for your favourite climber...

Cool of the week

Uncool of the Week 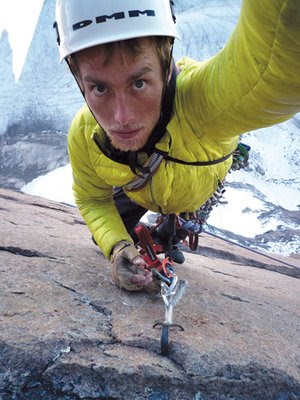 Chode of the year 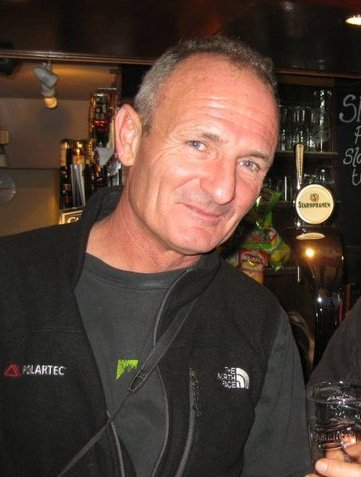